Show how much you Love This House by joining the campaign! LEARN MORE

A Rare Look at the Art that Inspired an Era

Two hundred years ago, a grand white mansion was built on the eastern edge of Cincinnati. Over the first half of its life, the building housed some of the city’s most prominent families, finally becoming an art museum in 1932. A Splendid Century celebrates the bicentennial of the house that is now the Taft Museum of Art. The exhibition features Cincinnati art and artists spanning the first 100 years of the house’s existence.

The Baum, Longworth, Sinton, and Taft families, who inhabited the house during this period, witnessed Cincinnati’s growth from a frontier outpost with few artistic opportunities into a hub of creative activity. This exhibition tells the story of Cincinnati art during their lifetimes through rarely seen works from local private collections and regional museums. Nicholas Longworth and Charles and Anna Taft were particularly active in fueling the city’s cultural development by supporting promising artists and arts institutions. With the recognition that no century is “splendid” for all people, the exhibition also highlights individual works of art that reveal the stories of historically underrepresented groups, including women and Black and Indigenous people.

Paintings and sculptures by beloved Cincinnati artists Hiram Powers, Robert S. Duncanson, Elizabeth Nourse, Frank Duveneck, Henry Farny, Dixie Selden and others, as well as ceramics from Rookwood Pottery, create a picture of the city’s visual culture from the 1820s through the 1920s—the Golden Age of art in the Queen City.

Take a self-guided virtual tour of the exhibition: 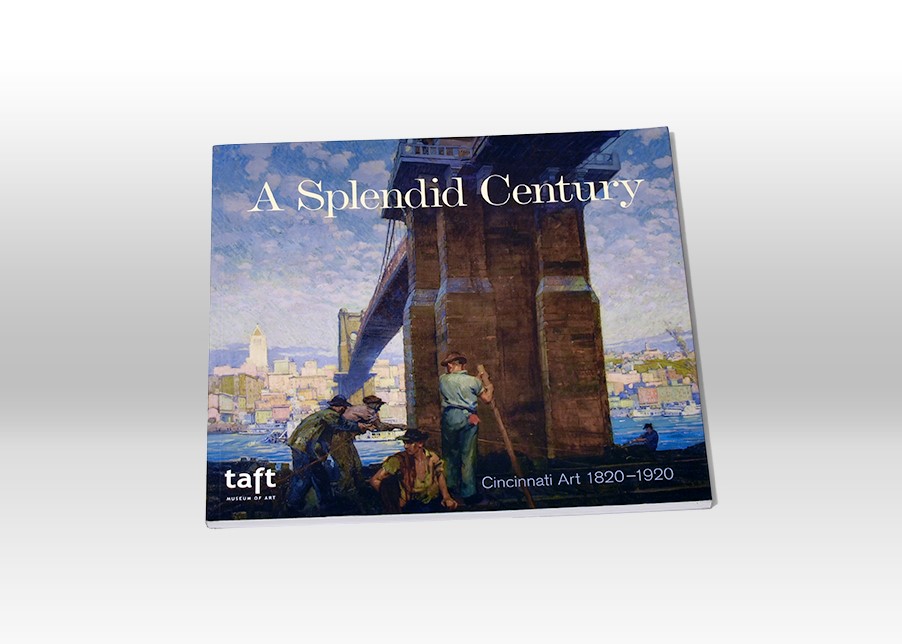 Bring the Exhibition Home With You

A Splendid Century is Available as a Catalog

As part of our bicentennial celebration, we imagined what this grand home would tell us if it could speak. We asked it many questions: What kind of art did its owners buy? Who visited? Were there artists among the guests? What was happening artistically outside its walls? As we brought together works of art for this exhibition, the answers began coming. Here was the language our museum spoke; here was its distinctive voice.

Comprising about sixty works on loan from twenty-one private collections and thirteen public institutions, the exhibition highlights Cincinnati artists active while this neoclassical mansion served as the residence of three prominent families: the Baums, the Longworths, and the Sinton/Tafts. Many of the artists featured in A Splendid Century: Cincinnati Art 1820–1920 benefited directly from the support of these families, and all enjoyed success in part because of the cultural climate created by them.

Learn more about the artists who inspired an era, and the era that inspired their work in this virtual mini-series, streamable on YouTube, Facebook, and Instagram.

This project is supported in part by the National Endowment for the Arts.