The Blog Where Art Lives.

Highlights from In a New Light

More to the Story

Discover these works in our bicentennial exhibition and their More to the Story texts, which offer a more diverse understanding of history. 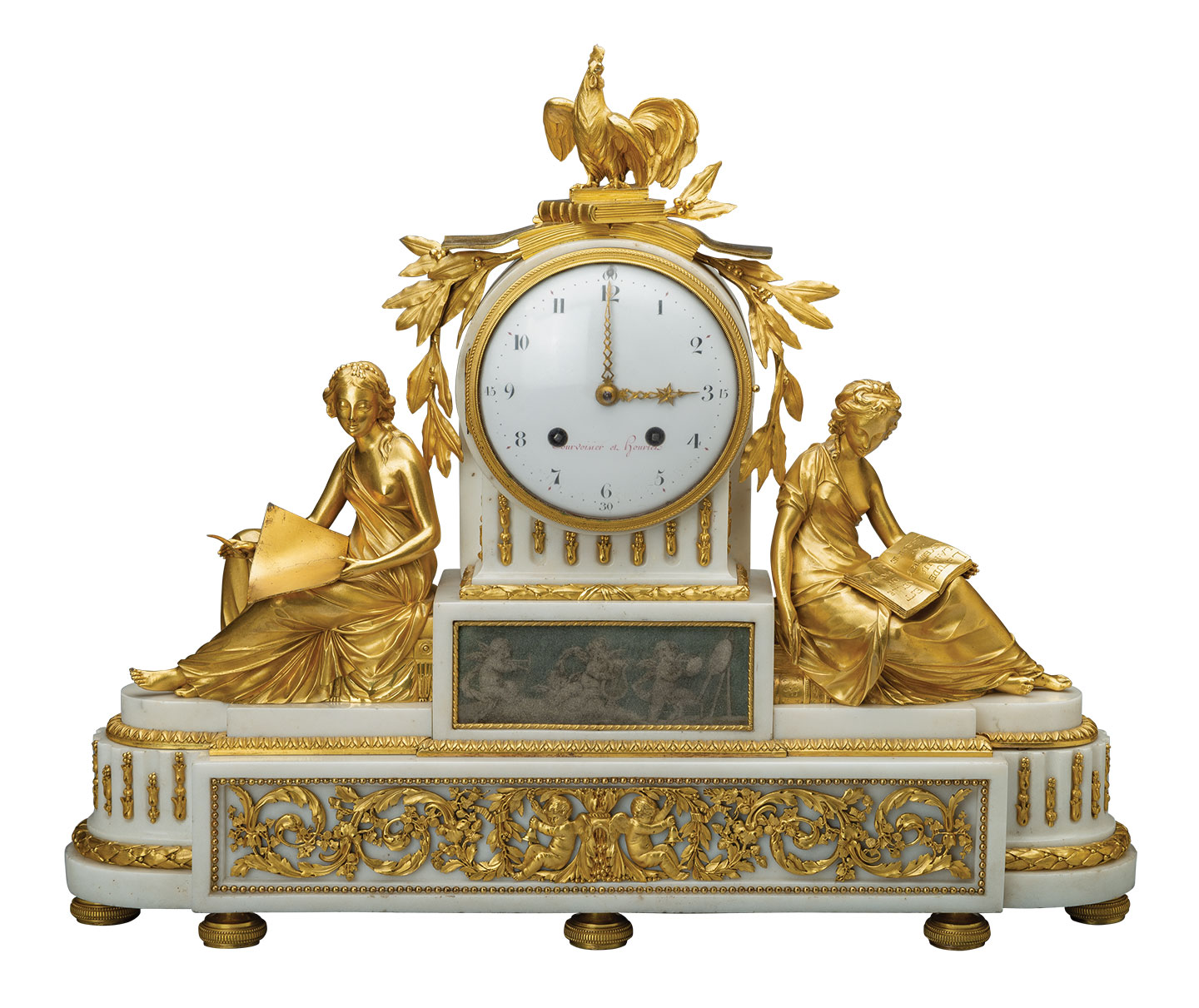 Made just before the dawn of the French Revolution, this mantel clock features two classically draped allegorical figures. Symbolizing the importance of the arts and education, one figure draws, while the other reads. A rooster, one of the national emblems of France and a symbol of bravery an vigilance, stands proudly above, perched atop a stack of books. Below, a sprig of laurel, believed to inspire creativity, forms the dial.

This clock's beauty hides a toxic secret. To produce its gleaming gold surfaces, craftsmen used a technique called mercury gilding, discovered decades later to be hazardous. First, gilders applied a paste made from ground gold and liquid mercury to the object. Next, they heated it, causing the mercury to evaporate and the gold to bond to the surface. The pieces was then polished to a lustrous finish. Unbeknownst to this clock's original owner, the workers who gilded its bronze surface would have inhaled toxic fumes, leading to mercury poisoning and premature death.

Anyone up for a game of euchre or cribbage? During the early 1800s, many Americans played card games that involved skill and, often, gambling. Some people played on tables like this one made by Duncan Phyfe that combined function with fine craftsmanship. Phyfe's visually striking base features crossed lyres, a carved pineapple—a symbol of hospitality—and brass-capped feet modeled in the form of paws with detailed fur and claws.

Duncan Phyfe made this table out of mahogany and covered the top with mahogany veneers, the complex grain patterns adding another layer of richness to the overall design. Lumber merchants imported this exotic wood from the West indies and Central America, where it was largely harvested by indigenous peoples and enslaved Africans. The wood for this table probably came from what is now Haiti, which abolished slavery in 1804. Even so, obtaining mahogany took its toll on human lives and the environment. 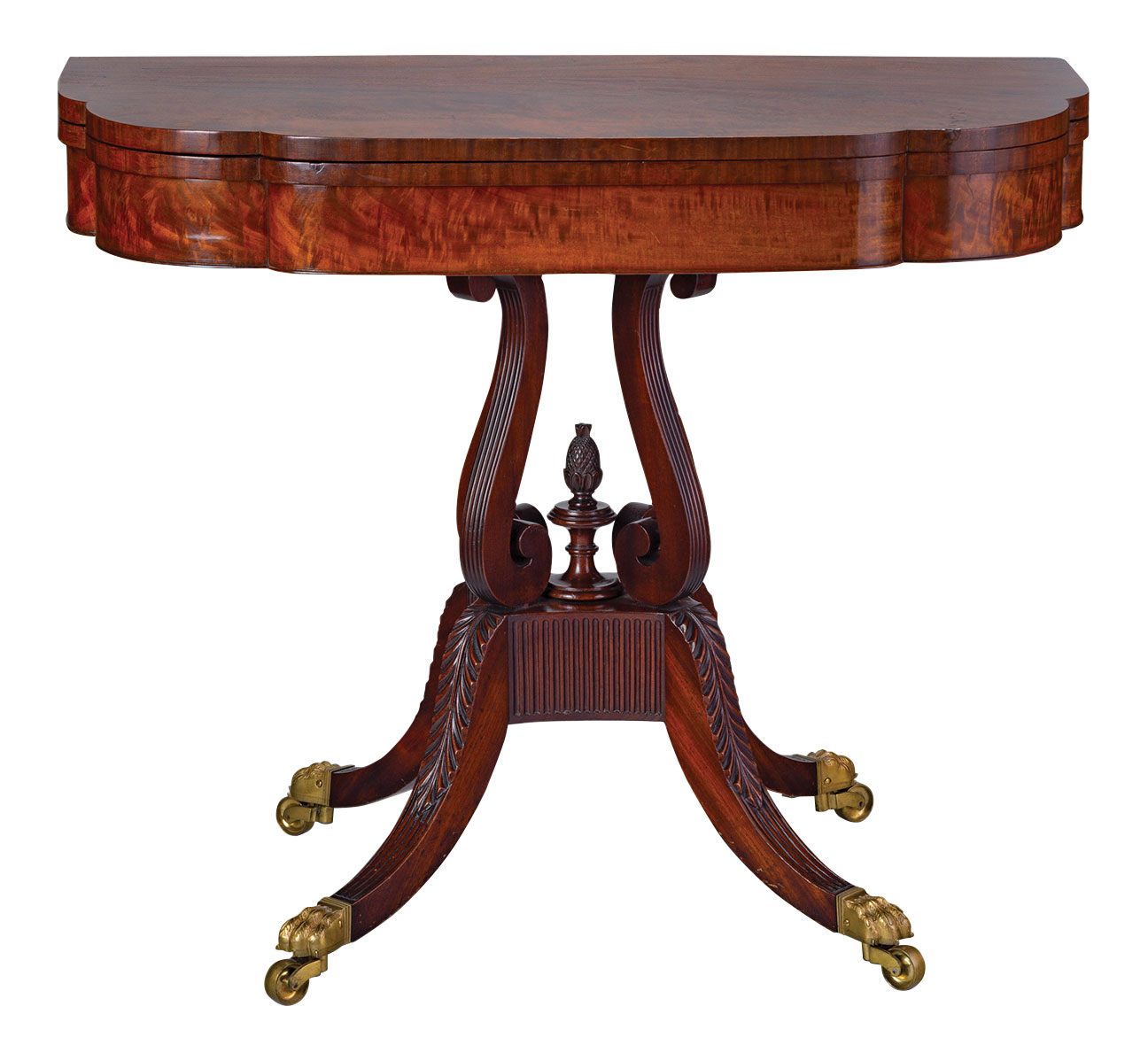 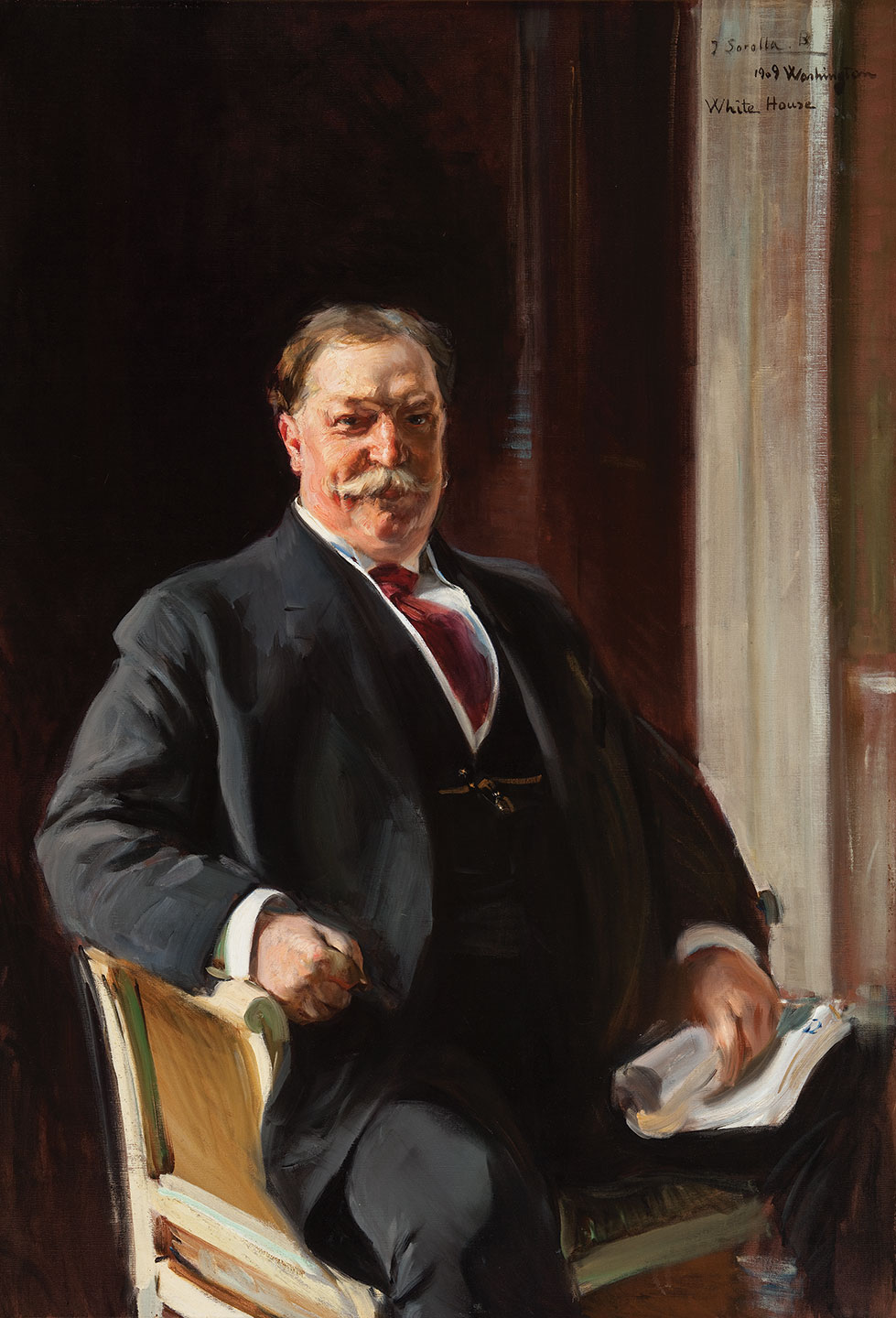 Charles and Anna Taft commissioned this portrait of President William Howard Taft, Charles' younger half-brother. The president sat for the portrait at the White House three months after his inauguration. He wears a three-piece suit and gold pocket watch, and his sparkling eyes and dimples reveal what Anna called his "all conquering smile." Taft remains the only individual to serve as both president (1909-1913) and chief justice of the U.S. Supreme Court (1921-1930). He visited his brother and sister-in-law often at their house, now the Taft Museum of Art.

In January 1909, the Spanish painter Joaquín Sorolla traveled to New York for a large solo exhibition, and its record-breaking success encouraged American patronage of the artist. Sorolla, who spoke little English, communicated with most of these new clients through an interpreter. While Sorolla painted President Taft's portrait, however, the two conversed in Spanish, enabled by Taft's fluency, gained while he served as governor of the Philippines (1900-1904) when the islands became a U.S. protectorate after more than 350 years of Spanish rule.

Imagine you are looking at this scene in nature. Where would you be standing? Charles-François Daubigny converted a boat into a floating studio, which allowed him to paint directly from the surface of the water—something that had never been done before. Here he emphasizes the reflections of color from the twilight sky on the river Seine, near the village of Bonnières northwest of Paris. Claude Monet would emulate Daubigny's innovative studio boat in the 1870s.

Floating on the river in his studio boat, Charles-François Daubigny could exclude the signs of the modern world from his paintings. By the mid-19th century, railroads, canals, and factories had begun to tarnish the agricultural vistas of the French countryside. Daubigny and his patrons preferred scenes that left out the steam freighters and barges on the Seine and eliminated the warehouses, paper mills, and foundries that dotted its banks. His nostalgic landscapes offered a respite from growing industry and the bustle of urban life. 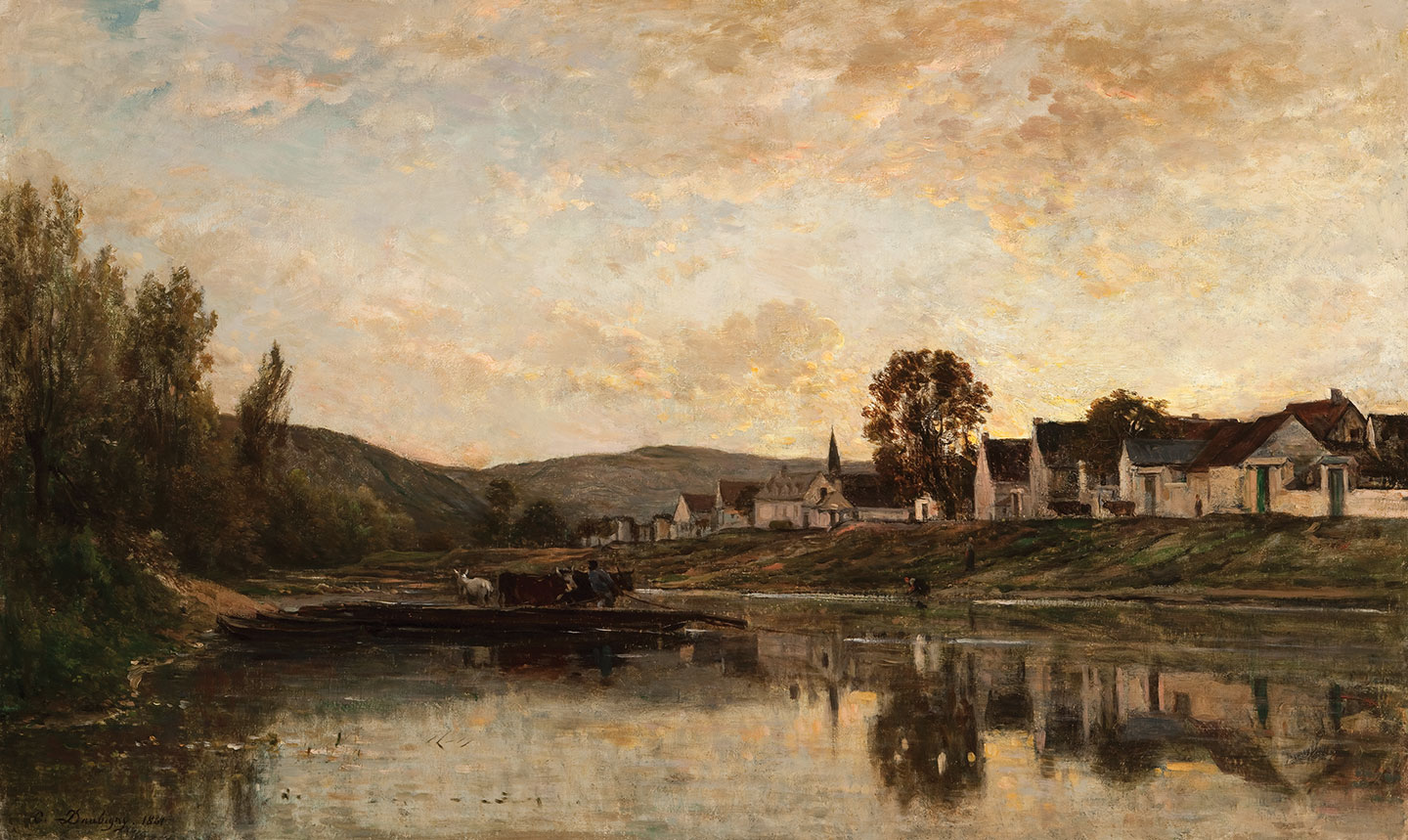 Interested in seeing more works like these, or exploring other pieces from our permanent collection? You can do that from the comfort of home by taking a peek at the highlights from our collection online here or by visiting our Fifth Third Gallery and seeing In a New Light for yourself!